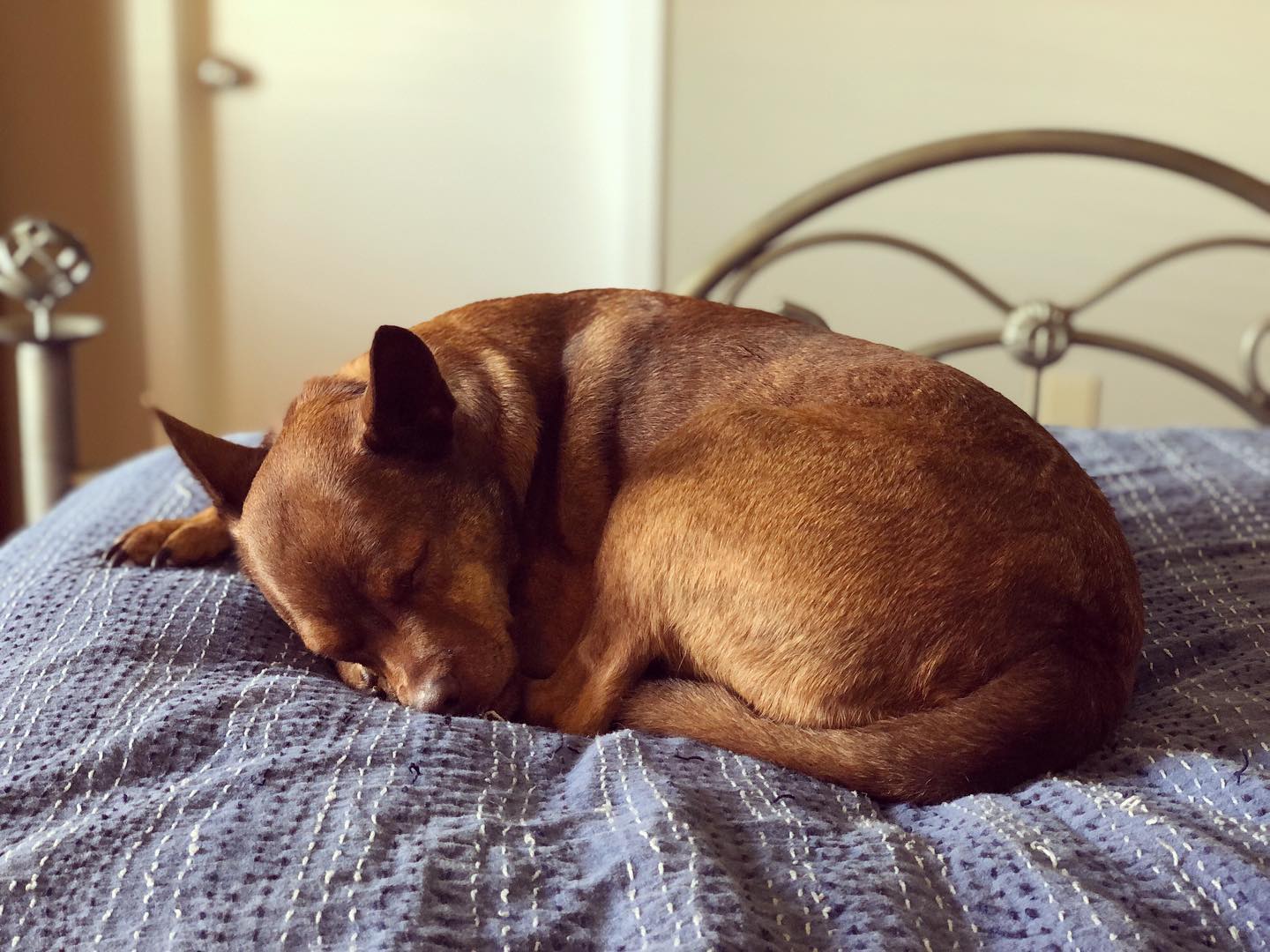 Anyone who knew me during the middle decades of my life knows about my Scared-of-Dogs phase. Those years were full of anxiety and stress, and just one of the ways it showed up for me was not allowing myself to bond with anyone’s dogs, even my mom’s beloved fifth child Molly. I know I hurt their feelings with some of the brush offs I gave, but I got really anxious around dogs, and for being weird and dismissive like that I am sorry.

But I started therapy to slowly release the pressure-valve of life, and one of the first things I worked on was trauma. Big and little—nothing off limits. I recalled deep pain as a kid having to give up our dog Toby when we became poor and moved into a trailer park which didn’t allow pets. Profoundly hurt. I hadn’t really lost anything/anyone before. Somehow I made an unconscious choice not to allow myself to get too close to pets again, as to not have to feel the pain of separation. (Ha! I knew so little of how life worked, I thought you could avoid pain!)

Through therapy I realized that the thing I wanted most in the whole entire world was to love and be loved completely in return. I actively chose to add more love into my life. At the same time Camryn had been in the throes of her Begging-for-a-Dog phase, which culminated in a many-page essay about the benefits of having pets. Less school missed, better immune system. I don’t remember all of it, but it was impressive. We opted to get a dog. I remember mom’s face when I told the fam, she scoffed “Oh ya right. I can’t see you letting a dog in your house…” I knew I’d hurt her before, but I also knew I was ready for this next step. Something within me was changing.

For Christmas we wrapped a box of Milk Bones for Camryn. Coral’s face upon recognition of what the gift meant was pretty priceless—from incredulity to immediate anger and jealousy. She’d asked for a dog many times too, but sadly for her, it was not during my transformative years and, well, she never wrote a freakin’ book to get one.

We watched for several weeks for just the right kind of dog. I knew I needed one that didn’t want to sit on my lap all day, was not so small I’d step on and smoosh but not so big it would sit on me and smoosh, that didn’t destroy and take over the furniture, and was already trained because I have zero patience for stuff like that and I’m a huge sucker who can’t enforce rules, so there you go.

We found this little weirdo and brought her home in Jan 2017. I remember thinking I’d had my first kid in ’97, second in ’07, and now girl number three came to us in ’17. I guess I need a decade between responsibilities.

Brindle was a rescue from a kill shelter in Texas, so you never really know what you’re going to get. We found very few dogs who were mid-sized—mostly tiny chihuahuas and large boxers—but Brindle was the first 25lb-er we saw. Cute little underbite, which was probably what endeared me to her. She had some anxiety, but who doesn’t am-I-right?

She came home, sniffed around, looked up at us for permission to jump on the couch, curled right up and tucked herself into my rapidly-thawing heart.

Brindle does not falter in her excitement level every single time I come through the door. Even if it’s just to walk Camryn to the bus stop and I’m back in four minutes. She is SO EXCITED! I came back!! She follows me around like a shadow. She curls up next to me while I do just about anything. A constant and soothing presence. Mom was surprised by her sweet demeanor and mentioned several times that the only other dog she’d seen that was as mellow as Brindle, was her beloved Molly.

Brindle’s not a huge cuddler, which is perfect for me. She DOES love to be next to me, like when I’m writing or sleeping or watching TV. When Juan Luis leaves for work every morning she runs in and lays on his side of the bed so I’m not alone the rest of the night. When we eat dinner she sits by me because I’m the most likely to feed her. Juan Luis is definitely her favorite human, because he’s like everyone’s favorite human, but she has a soft place in her heart for me. She’s jumpy, which makes her wicked fast when trying to escape my feet in the kitchen. She never barks, even if we leave her outside on for a little longer than normal (has only happened a couple of times!), BUT she DOES bark obnoxiously if someone she doesn’t know comes to the door, which I guess is her one job—I mean, besides the loving me unconditionally part.

While we both still live in our own little anxiety bubbles, we are certainly better off going through it together. I’m able to pull myself from my writing or computer for a second to look up and remember the world, and there she is. She streeeetches and ambles over, collar jingling, to get her ears and head and chest and rump petted. She pats my little hand to get it back when I try to stop too early. By loving her, I am filled with love and completely recharged. It’s the most pure love I’ve ever had.

While a teenager may slam a door, or worse, this little bundle of joy does nothing but love me. All day. All the time. Even when I don’t deserve it. She’s quadrupled the love in my life, and I am so dog-gamn thankful for her sweet presence in my life. 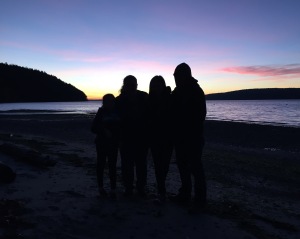